The centre of apiculture was started in 1985 by Margarita and her husband. It was her husband who had a great love for the bees. In the beginning of 1983 just outside Ioannina , a city on the northwest side of Greece, they started to build the first establishments. The first years were rather difficult and 5 years passed before the European beekeepers began to know more about the company. Today it is a family concern keeping Margaritas daughter Lambrini busy, who is an agriculturist and her husband Panagiotis who is a beekeeper, Margaritas two sons— Jim & Zacharias , agriculturists and of course her husband John who is a technician teacher of beekeepers.

The average temperatures are situated between –10 C in January and 40 C in summer. The
annual average precipitation is high, July and August are the driest months, with long
periods of sunshine during the month's March to September. The vegetation of Ioannina is
composed of pollinators and of nectar plants. The abundant pollinators are Salix, Ulex Prunus spinoza, Asphodelus albus, and Erica which yields nectar too. The majority of the beehives over winter in a place south of Ioannina , called Arta, where the temperature is higher and bees can find Erica and Arbutus bush flowers and late orange flowers. In that place at the beginning of March queen breeding starts.

The company has two queen mating stations, one in the area Sellades Coboti, Arta, and the
other one in the area Kostakius, Arta. Also at the beginning of April, the transfer of queen
mating nuclei to an island called Coronisia, for pure queen mating is carried out. This
island is 17 km away from the mating station in the area Kostakius. At the beginning of May
the mating stations are transferred. One of them is created near to the company
establishment and the next to Neocoropoulo and another to Zagorochoria that is 40 km from
Ioannina at an altitude of 1200m. The company has 1000 Langstroth beehives, 200 old
traditional basket hives, and 2000 mating nucleus made of Styroper.

Both natural mating and instrumental insemination is used in the breeding program.
It is the father John who carries out the Artificial Insemination work. Instrumental insemination is an indispensable element of contemporary apiculture. Genetic and breeding research, accentuation of resistance or immunity to diseases, selection of
desirable characteristics, and their intensification and combination, modification of
undesirable traits, and creation of lines for special uses would not be possible without it. The apparatus is costly and the work highly skilled, so that its use will probably be
confined to these special queen mating stations.

---------------------
Early in the twentieth century, a youngster named Adam Kehrle (1898-1996) came from Germany
to Devon with a view to joining the Roman Catholic community of Benedictine monks at
Buckfast Abbey. Brother Adam was put in charge of the bees at the Abbey and he set about to use
cross-breeding to develop a new bee which would be hardy, disease-resistant, and a good honey
producer. He made extensive journeys all over the world mainly to isolated country regions where the
purity of the native strains had been maintained. This led to the publication of `IN SEARCH OF THE BEST STRAINS OF BEES` and his high praise
and use in his breeding program of the Cecropian bee. The result over many years of the experiment led to his own named bee.

---------------------
Queens available include
* Un mated*Tested mated*Artificial Inseminated*Natural mated on an Island*Breeder Queens- The best suitable for breeding.
* Morphometrical bee wing analysis for determination of the bee race is available at 50.00
Euros.
Each bee shipment is notified in advance to fera and the local BORDER INSPECTION POST (BIP) and is accompanied with a veterinary assurance certificate to comply with the direction 92/65 EU that they never
presented any clinical sign of American foulbrood or aethina tumida (small hive beetle)
during examination.
Every year the continual increasing demand and the continual congratulations the centre
receives from customers proves the best quality of the queens whose genetic material is
getting better all the time. 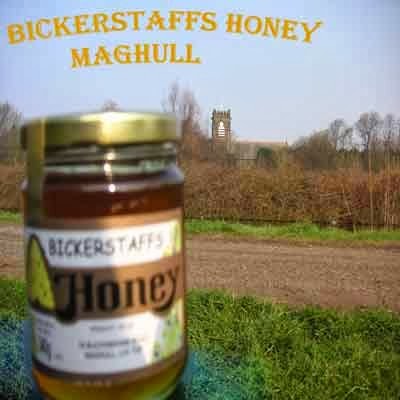 Posted by BICKERSTAFFS at 11:22 AM